Gabriele Di Toma is endowed with perfect pitch; he also has exceptional sight-reading ability. His great inner strength is coupled with a natural talent for bringing synthesis and clarity to directing choral and orchestral musicians. His hand movements are expressive and rigorously scientific – born of his experience of working with D. Renzetti (Pescara), J. Kalmar (Vienna) and A. Joò (Budapest), and also through his practice of mime, Qui Gong and Thai Chi Chuan. He has an innate ability to match the phrasing of singers and orchestra and to understand each of their interpretative choices.

Through experience and study Di Toma has developed a deep knowledge of voice (particularly through the study of Hatha Yoga’s scientific approach) and also of the psychology of operatic characters. This is due to being receptive to an orchestra and audience and to the personal magnetism he holds for them. Gabriele Di Toma carefully chooses the colours and the dynamics of orchestration, which permits him to interpret passages in a fresh, new way. His orchestral repertory as a conductor spans operatic, symphonic, romantic and modern genres. In 1989 he founded the chamber orchestra I Giovani Virtuosi and later the New Symphony Orchestra.

Until recently he held the chair of Professor of Piano Studies at the C. Pollini Music Conservatory in Padua. He is now semi-retired, with the idea of dedicating more time to composing and conducting. He organises workshops and courses for the prevention and treatment of musicians’ psychophysical conditions, as well as teaching anti-stress techniques. Gabriele Di Toma is a firm advocate of the therapeutic qualities of music and holistic practices. He believes music to be a vibration that enters the mind, body and spirit and its harmony to be an expression of the harmony of mankind and, by extension, humanity.

His recent compositions, such as the ‘Dance of Light’ and ‘Dawn of life after the Tsunami’, reflect life as an individual and of humanity as a whole. The expressive passages in these pieces reflect the emotions and the trauma of our times and lead to the spiritual harmony and beauty of a coming ‘new age’, moving us towards a new ‘Renaissance’ in which the true value of music, art and literature can inspire renewed creativity.

Through his work and music he aims to deliver his audience – and musicians – an awareness that will allow them to perceive harmony and feelings in the actual vibration of music. For his pared-down style, which is also rich in artistic content, he has been described by press as being ‘An artist perfect in technique but with an exquisite Italian temperament’.

“After my latest trip to Mexico, and after seeing large dance groups performing fascinating rituals that are still in use today, I began an in-depth study of ancient, pre-Hispanic music played on ceremonial instruments and on rhythms based on Aztec dances that, until now, had never been transcribed.“ – GDT 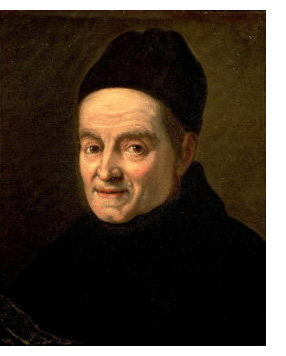 Gabriele Di Toma has studied the life and work of Padre Martini, Mozart's teacher in Italy. Click here to find out more.